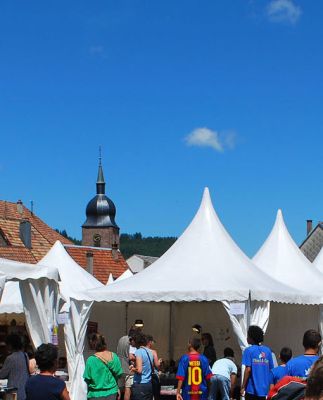 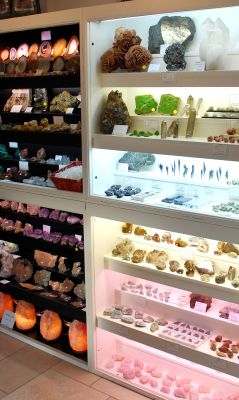 Was the primordial earth hostile to life?
(January 2022)
Some of the central roles in the Earth system are played by the magnetic field and the atmosphere. These essentially ensure that the radiation from space is largely shielded. For example, the ozone layer in our atmosphere protects against the sun's UV rays. Without the prior presence of molecular oxygen (O2), it would not be possible for there to be so much ozone (O3) on Earth. However, it was only around 2.4 billion years ago that cyanobacteria accumulated so much oxygen that it formed a permanent part of the earth's atmosphere, even though it was far less represented at that time than it is today. This event is now known as the Great Oxidation Event (GOE). A renewed increase followed around 600 million. From that time on, the oxygen content fluctuated between 10 and 150 percent of today's value. So far, the scientists assumed that the low oxygen content of around one percent, which occurred as a result of the GOE, should have been sufficient to be able to form an adequate ozone layer. Model calculations have now shown that the oxygen level in the atmosphere at that time was not sufficient for a separate ozone layer. It is believed that an adequate ozone layer to protect against UV rays was not formed until about 400 million years ago, when oxygen levels reached five to ten times what they are today. While this has not historically affected evolution at large, natural selection may have emerged in organisms with lower resistance to UV radiation. This could be exciting for mankind in the future when searching for exoplanets. The recently launched James-Webb-Telescope could provide a glimpse of the ozone layer and the resulting UV protection by analysing oxygen levels in alien atmospheres. Reference: doi: 10.1098/rsos.211165

Hotspot volcanism cooler than originally thought
(January 2022)
Isolated volcanoes in Hawaii, Iceland, Yellowstone, and many others are fed by large pools of molten rock that appear surprisingly cool. This was the result of Xiyuan Bao's working group at the University of California in Los Angeles, which used seismic measurements to examine the temperature of the subsoil. The finding is that around 40 percent of the hotspots appear to be too cool to be buoyantly rising from the deep mantle. A hotspot is typically a mushroom-shaped magma bubble formed by material rising from deep beneath the Earth's crust. To study this phenomenon, the working group measured the speed of seismic waves beneath such a hotspot material in the mantle. With the calculated results, the temperature of the hotspot material could be deduced. In theory, the material pushing up from below must be at least 100 to 150 degrees Celsius hotter than a comparable melt in the mid-ocean ridge in order to ensure rapid ascent from the depths. The researchers note that only around 45 percent of the hotspots meet this condition. Due to the assumed temperature differences, the real number could be even lower. Another source of hotspot volcanism is now being debated. The helium-3 content serves as an indicator. Hotter hotspots have more helium-3. The material for this seems to come from deeper regions and has hardly changed since the formation of the earth. The helium composition of cooler hotspots, on the other hand, has more in common with that of mid-ocean ridges. The classic theory behind the hotspots assumes an origin at the core-mantle boundary. According to the latest findings, this would then only fit the hotter structures. On the positive side, the location of the hottest hotspots over anomalies at the core-mantle interface, which most likely feed them, speaks for itself. Cooler hotspots could be created closer to the surface by local convection. However, there are other explanations for cooler hotspots. They could also have come from the depths but got stuck and cooled on the way up. Above all, however, the scientists are still puzzling over how it can be that the temperatures are so unevenly distributed over the earth. Most of the hot hotspots are in the Pacific Rim. Cool ones, on the other hand, are mostly found around Africa. Link: https://www.spektrum.de/news/vulkanische-hotspots-sind-kuehler-als-gedacht/1968352

Amazing Ichthyosaurus find in Great Britain
(January 2022)
In addition to the well-known dinosaurs on land, primordial beings also appeared in the water in the distant past. These so-called ichthyosaurs (fish dinosaurs), while not directly belonging to the same group as the dinosaurs, are no less interesting to science. Palaeontologists recently made a sensational discovery. In the Rutland Water Nature Reserve in the British East Midlands, palaeontologists found a predator that was believed to be around 10 meters long when it was alive around 180 million years ago. The recovered fossil is currently being prepared and examined in Shropshire. It should then return to Rutland for the exhibition. It was found by Joe Davis. He leads the conservation team at Leicestershire and Rutland Wildlife Trust. Davis became aware of the fossil following a routine draining of a lagoon island for landscaping in February 2021. The find represents the largest and most complete fossil of its kind, Temnodontosaurus trigonodon, and the first find of this species in the UK. It also represents the largest specimen of all in the last 200 years in which ichthyosaur fossils have been uncovered within the country. In addition to this species, there are others within the ichthyosaurs, some of which could even become considerably larger and heavier. What is particularly interesting for the scientists is the fact that the animals apparently transformed into such giants within a period of just a few million years at the beginning of the Triassic. This was probably due to an oversupply of food. However, it remains unclear why they died out long before the dinosaurs. Link: https://www.derstandard.at/story/2000132436326/britischer-rekordfund-riesiger-fischsaurier-verbluefft-wissenschafter
The origin of cone sands finally clarified
Cone sands occur partly in sedimentary formations and consist of compressed sandstone. They have a thickened head on one side with a tapering tail on the opposite side and can grow from a few dozen centimetres to a meter in length. The first finds of these strangely shaped rocks were found around 200 years ago, south of the Swabian Alb. Such finds from California are also known from the 30s of the last century. The finds, which were in abundance, were so sought-after that practically everything was searched at Mt. Signal in California in the 1950s. However, what played a role in the formation of these sedimentary structures has not yet been known. The theories ranged from petrified seaweed to sand-filled crab ducts. Now researchers have taken on the matter again and geologically and petrographically examined 311 dispensing sands from the Swabian Alb. It is interesting that the cones seem to follow one direction and move in a streamlined manner around the edge of the Swabian Alb. The cone sands of the Swabian Alb originated around 15 million years ago, at the same time as the Nördlinger-Ries event. In contrast, the cone sands from California come from near the San Andreas Fault. What both now have in common is their connection to strong seismic activity. The researchers conclude that the cones are a special type of sand-based seismite. Vibrations and shock waves are likely to have contributed to the formation of these sedimentary formations. According to the experts, the condition for the formation should be a loose layer of sand on partially moist sediment, which came into contact with a magnitude of over 7. They therefore constitute a new potential indicator of strong earthquakes and seismic events in the past. This knowledge can also be used in the future to better limit and assess risk areas for earthquakes. Reference: doi: 10.1038/s41467-021-27061-6

Standardized nomenclature for minerals
As early as 1814, the chemist Jöns Jakob Berzelius brought order to the world of the elements. Based on his work, each element was given an abbreviation made up of one or two letters. This nomenclature is still valid today and forms the basis for setting up chemical formulas. In mineralogy, however, there is not such a sorted system. Here the names of the minerals only partially or not at all correspond to the chemical compound names. In 1983 the mineralogist Ralph Kretz drew up a list to put an end to this problem. The 192 most common minerals were given an abbreviation consisting of two to three letters. Over time, these so-called "Kretz symbols" were expanded to include 374 minerals. Now, however, the problem follows. At this point in time, 5774 minerals are known worldwide. Since this is more of a recommendation than a specification, the symbols have grown wildly in the past. Some minerals had more than half a dozen different abbreviations. Laurence Warr from the University of Greifswald has now put an end to it all. A list of all minerals and their corresponding abbreviations was submitted and approved by the International Mineralogical Association-Commission on New Minerals, Nomenclature and Classification (IMA-CNMNC). All newly discovered minerals must also be subjected to this process and accepted in the future. The abbreviations now follow certain rules. Among other things, they should no longer be the same as an element abbreviation. Reference: doi: 10.1180/mgm.2021.43